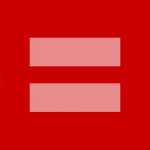 In my ideal world, violence is not used as a way to solve non-violent problems. One is never coerced with violence or the threat thereof* for any consenting and voluntary interaction. Gay marriage, firearm sports, recreational drug use; the particular nature of the activity is irrelevant. So long as one’s interactions are voluntary, and unless one harms someone else’s person or property, others have no right to interfere. There is no such thing as a victimless crime, no debt without agreement, no reparation without culpability.

While that may be my own position, the reality is that most of my fellow Americans don’t particularly care about philosophical consistency. Most people – Democrats, Republicans, and “moderates” all included – pick-and-choose how to apply their principles depending on the issue in question and their emotional reactions to the most recent rhetoric surrounding it. On issues they support, they cry for freedom, obligation, or compassion, but on issues they oppose, they cry immorality, exploitation, oppression. When one party picks one set of rhetoric for an issue, the other party picks the opposing view.

Given that mix of philosophical inconsistency and hard-line polarization, I have a problem.

If I were to march to support the right of gays to marry, it would be with the knowledge that most of the people with me are leftists who (though they may not realize the implications of their positions) want it to be legal for me to be kidnapped, beaten, or perhaps killed*, should I have a modern sporting rifle in my home. If I protest at city hall in favor of of substance freedom, I know that most of the people around me would also like to see me kidnapped, beaten, killed, if I don’t pay for the various government programs they support. Even as I rally for the freedom of others, they would just as eagerly rally against mine.

I’ll always vote for the non-interference of government in any non-violent issue, regardless of my own personal attitudes towards the subject, because this is consistent with my principles regarding the non-initiation of violence. However, I’m not a chump. I’m not going to lift a finger to campaign for any individual cause that doesn’t represent me, directly. I’m not going to go out of my way to give power to a larger political narrative that will, in turn, be used against me. This is the only intelligent position I can take, if self-preservation means anything to me.

Some may call me petty for this position. Perhaps they’re not wrong. It is, after all, important to stand together in order to effect actual change. Yet those who would think that I am petty for not standing up for them, would they not be just as petty for not standing up for me? But perhaps I’m not as petty as they think, because though I don’t campaign for the individual causes of others, I do in fact support their freedoms, but in a a way that will benefit, rather than threaten, my own.

Thus, in politics, I gravitate towards Libertarian party, where I can stand for the freedoms of the gay, straight, racial, racist, wealthy, poor, capitalist, socialist, religious, atheist, stoned, armed, disabled, in-every-way-diverse men and women around me, and be fully confident that they are standing for my freedoms as well; all of us, grounded on a common principle, such that whatever we may feel about each other’s lifestyles, interest, attitudes, or possessions, that none of us wish for violence – legal or otherwise – to interfere with our voluntary interaction (or voluntary lack thereof). 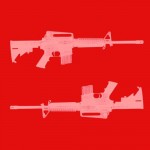 If you want me to support your non-violent freedoms, then support mine, and those of everyone else as well, regardless of whether or not you approve of them personally. If this is too much to ask, then be honest and admit that when you said you wanted to stand together with me, what you really meant is that you just want me to stand for you, and when your cause is won, you won’t remember a single thing I did for you.

Having read this article, it should also clue you in that this sort of solidarity is what the major parties don’t want – neither would be able to exist if people didn’t fight over the power to tell each other what to do with their own lives, money, and property. Neither party could get away with its own elements of corruption were it not for the existence of the other, the antagonistic polarization keeping people distracted from thinking about issues logically and philosophically. If a vigilant majority were in agreement concerning the opposition of violent coercion, there would be no parties, nor any perceived need for much government at all. It is in the best interests of the two major parties** that they be roughly equal in power, in constant (even if logically inconsistent) contention, and that either party dwarfs any third.

*If you don’t obey the law, you’ll be fined. Don’t pay, you’ll be jailed. If you resist arrest,  and depending on how strongly you do so, your life may be legally forfeited in favor of those who are assaulting you. This the nature of all laws. Since we know we can’t win a physical confrontation with the government, most of us would just rather follow the law before it gets to that point, even when the law is unjust. The threat is enough to elicit our acquiescence. Like all violence, the only legitimate use of law should be to nullify the violence of those who initiate it. It should never be used against nonviolent people, for any cause.

**Note that I am speaking of those who are high enough within the parties to profit from the power, not (necessarily) Jane Doe Democrat and John Doe Republican.